But I am not allowed to talk about any of these things.  They don’t fit the narrative.  Instead, a movement across government, industry, academia and the media have demonized my supposed “white privilege.”

So let’s talk about something else.

I have experienced suffering unique to being a woman, including domestic violence, single motherhood, disproportionate caretaking burdens, career roadblocks, and fear of bodily harm walking alone at night.  These facts fit the dominant narrative better.  Unfortunately, this narrative makes me into a victim and deprives me of moral agency.  This narrative also takes my very real stories and twists them, demonizing the “toxic masculinity” of the men that I know and love.

The narrative we tell matters.  The stories we tell matter.  Where does racism come from?  Does it spring from the original sin of white privilege?  Or does it spring from the rebellion against God in every human heart?  Where does sexism come from?  Does it descend from millennia of oppressive patriarchy, which must be abolished?  Or is it a corrupted product of men and women who reject God’s good plan for marriage and family life?

Although it’s not yet Gold Star Friday, I wanted to include a few related links.

https://jojoagot.com/2020/06/08/the-world-needs-healers/.  Pastor Jojo Agot states, “The world needs healers… Our ministry is a ministry of reconciliation.”  This is so true!  Pastor Agot calls on Christians to “mellow down a bit” and remember “their calling to speak words of life and peace.”  Again, this is so true!

But then Pastor Agot quotes Jeremiah’s lament “Is there no balm in Gilead?  Is there no physician there?  Why then is there no healing for the wound of my people?”  (Jeremiah 8:22).  I’m afraid this quote is somewhat out of context.  Jeremiah wasn’t only lamenting the wound of his people.  He was lamenting the false preachers who misdiagnosed that wound.  In that same chapter, Jeremiah cries, “They have healed the wound of my people lightly, saying ‘Peace, peace, when there is no peace.”  (Jeremiah 8:11).

So yes, Christians should be healers.  But when we apply the wrong narrative, we become quacks and witch doctors instead.

One thought on “Narratives Matter” 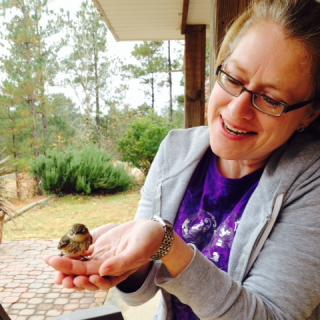